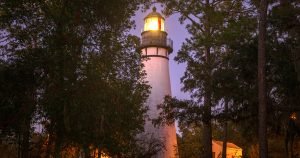 Amelia Island is ranked No. 3 in Conde Nast Traveler magazine’s Readers Choice Awards 2022 for top islands in the United States, so now the world knows it too.

Long one of Florida’s premier resort destinations, Amelia Island’s history, outdoor-recreation options and social, dining and shopping opportunities are only 10 minutes east of Amelia National, which is located on the nearby mainland. That’s like living in TWO amazing places at once.

Dive in for more on the perks of Amelia National’s proximity to Amelia Island.

Conde Nast Traveler magazine’s annual survey of the world’s top island destinations is chosen by readers of the magazine and its website.

Popular island destinations are ranked according to geographic region. These include Asia, Africa and the Indian Ocean, Australia and the South Pacific, the Caribbean and Atlantic, Central and South America, Europe, other areas of North America, and the U.S.

No. 3 Amelia Island was the top-ranked Florida island on the U.S. list, which totaled 15 islands. Hilton Head Island and Kiawah Island, both in South Carolina, ranked No. 1 and No. 2, respectively. The other Florida islands were No. 9 Sanibel and Captiva Islands, No. 12 Marco Island and No. 13 Key West.

Why Amelia Island is special

It’s done so for centuries, beginning with native peoples and continuing with French, Spanish, English, colonial Americans and even pirates! 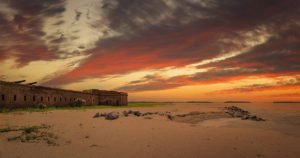 In fact, Amelia Island is known as the Isle of Eight Flags for the governments that have claimed it.

Why Amelia National is special

Only a quick drive from the history and fun of Amelia Island, Amelia National is one of ICI Homes’ signature developments.

New lots and homes are continually on the horizon here, mixed among Amelia National’s prime siting amid coastal forests and wetlands.

Check our current listing of move-in-ready homes, or connect with our online sales staff to make Amelia National your island-like destination.